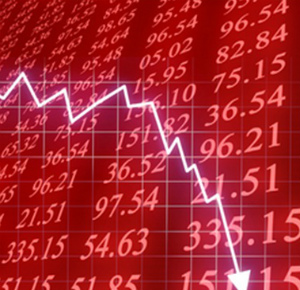 Around 80 commercial banks, chartered in the St. Louis region, had made up $66 million in profits, by this time last year. This year they have recorded $169 million in losses.

The main cause behind the downfall is bad loans, as the real estate problems spread from residential to commercial real estate. Bad loans, which can also be called nonperforming loans, increased 69% to $1.05 billion in the first six months, from $620 million a year earlier.

According to The Federal Reserve Bank of St. Louis, ten banks recorded losses in the first half of last year; while 17 did this year.

Many banks have shown loss
Bob Witterschein, chief executive of the Southwest Bank said that he was not terribly surprised by the numbers, which are a function of a weak economy. A number of banks have shown a loss for the first six months of 2009 due to charge-offs and a desire or necessity to build their loan loss reserve for potential future loan issues.

Performance of First Bank
The performance of First Bank wasn’t much promising too. It has lost $174.5 million so far this year, compared with a loss of $30 million at this time last year. In comparison, the other banks made a little more than $5 million in profits during the first half of this year, but they also made $62.5 million in profits in the first half of last year.

Heavy lending in the housing markets has led to the downward trend
Terry McCarthy, president and chief executive of First Bank said that First Bank is the biggest and most geographically scattered of the banks, with $10.4 billion in assets and locations in four states, including California and Florida, both hit hard by the real estate collapse.

All the banks, facing downfall, range widely. The second largest bank chartered here is Southwest, with $6.5 billion in assets, and the smallest is Chesterfield State Bank, with $16 million in assets.